AG had it all planned out. On February 18, he was going to propose to Kristina at Nelson-Atkins Art Gallery at a specific spot and time in the gallery and then celebrate their engagement at McCormick and Schmick’s on the Plaza with their family and friends that were in town for his birthday. Kristina wasn’t going to suspect a thing–she was actually expecting a proposal from him in Puerto Rico in June and since it was February, she knew that AG would be tied up with the tax season. But things didn’t go exactly according to schedule…

February 18 was the day of Whitney Houston’s funeral. Kristina was dragging her feet getting ready to go out with AG because she was mourning Whitney. They did end up getting to Nelson-Atkins at the designated time, but they kind of got lost for 45 minutes. 🙂 When they finally made it to the spot AG had reserved, there was a painting of them and the caption said “The Proposal”. Kristina saw it but it didn’t register with her that that was a painting of the both of them. It finally clicked with her when she came back to the painting and that’s when AG proposed. 🙂

I had so much fun working with AG and Kristina on Saturday! They are two very awesome people. It was very evident how much they love and enjoy one another which made my job of photographing them SO easy. I am so happy for their engagement! They deserve every bit of happiness that comes their way!

To start off the day we returned to the site of the proposal–Nelson-Atkins Art Gallery. 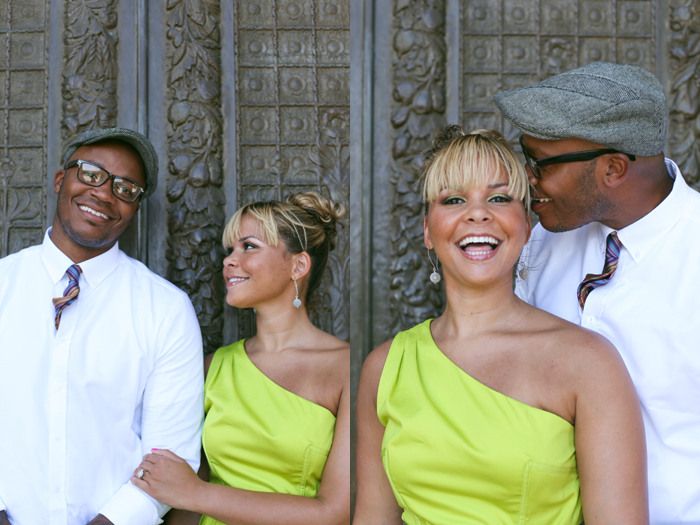 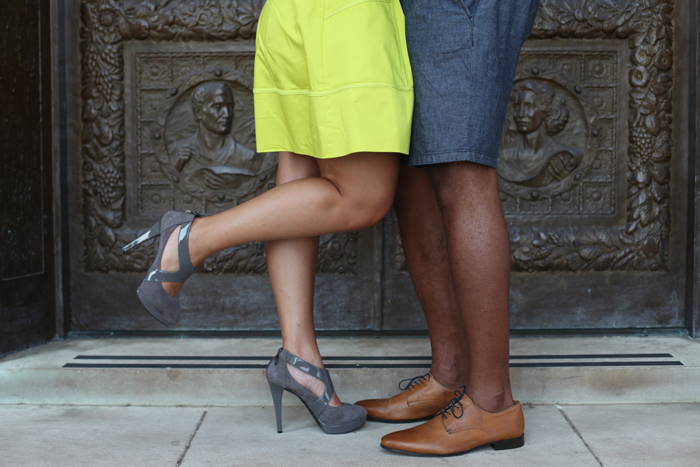 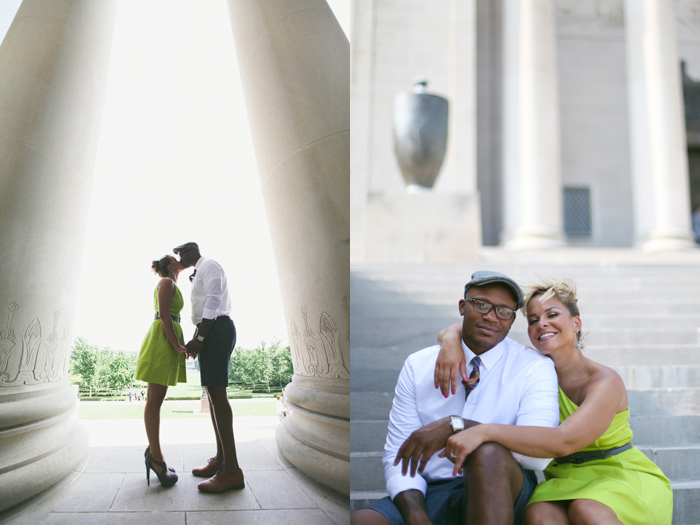 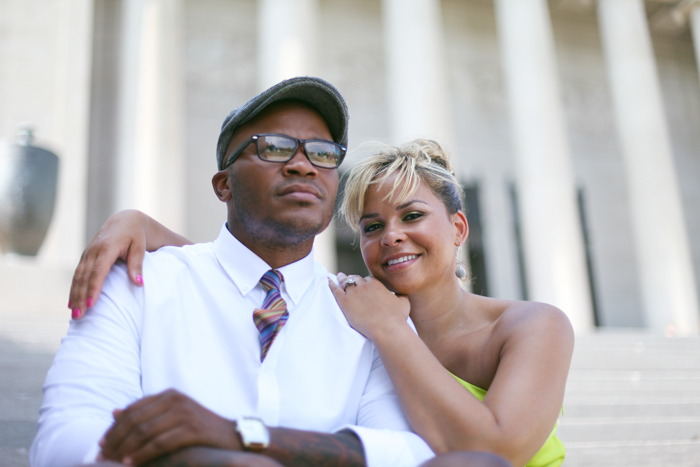 This is when I asked “Who’s the more responsible one of you two?” 🙂 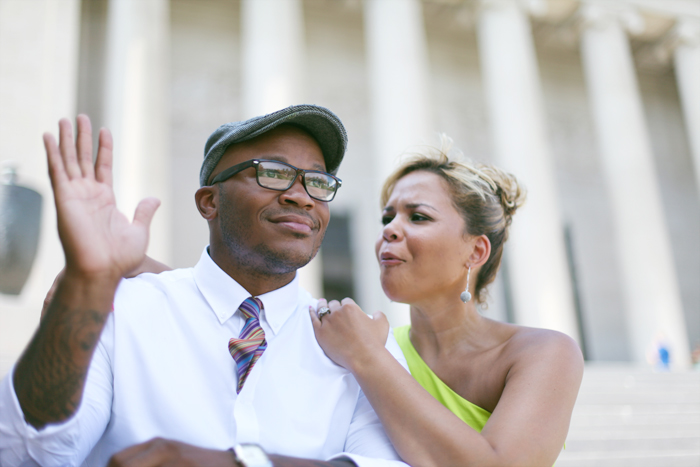 LOL. And this is just a taste of why I couldn’t stop laughing during their engagement session. 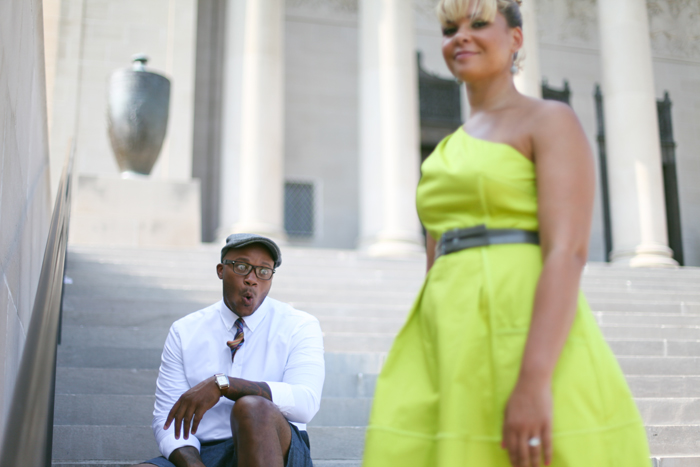 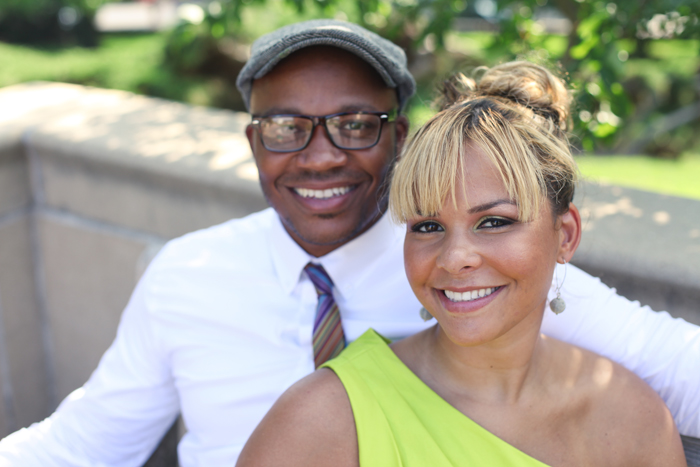 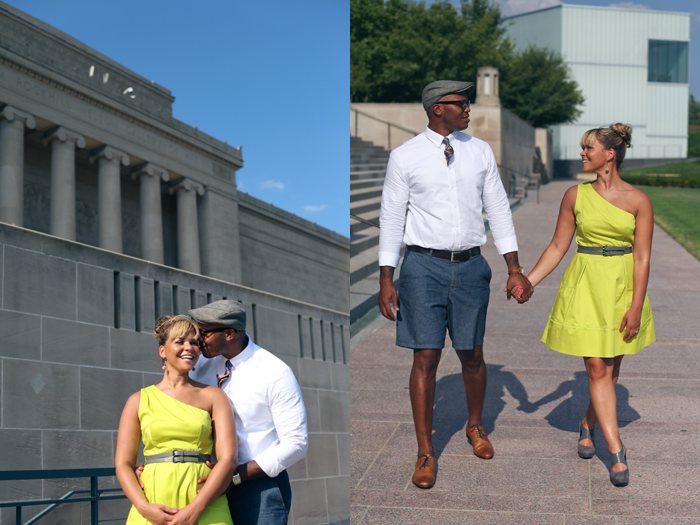 Bling bling on the wheel of AG’s black ’69 Cadillac. His car got a lot of looks and head nods as he drove by. That car is pretty sweet! 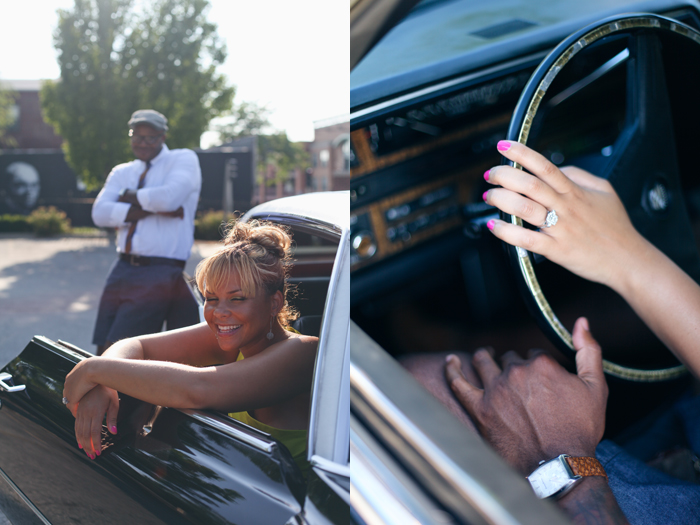 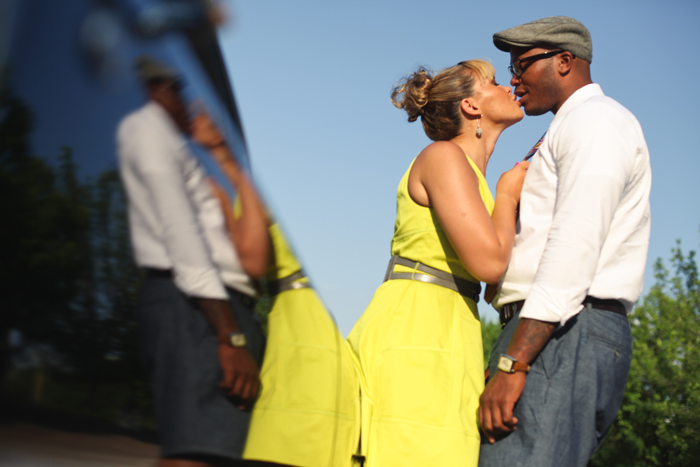 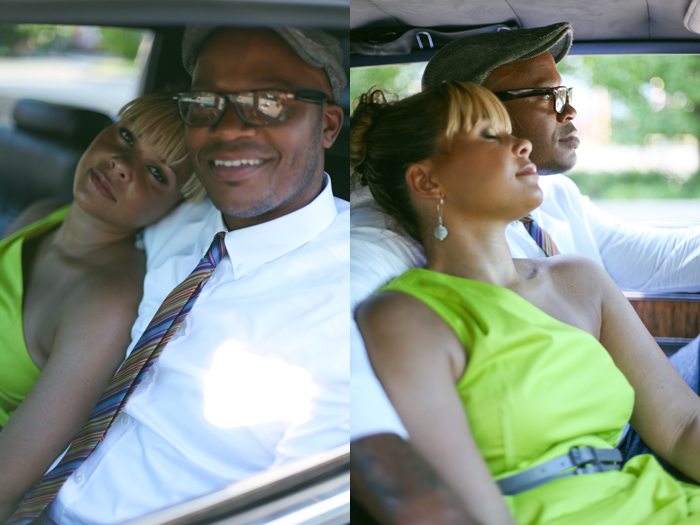 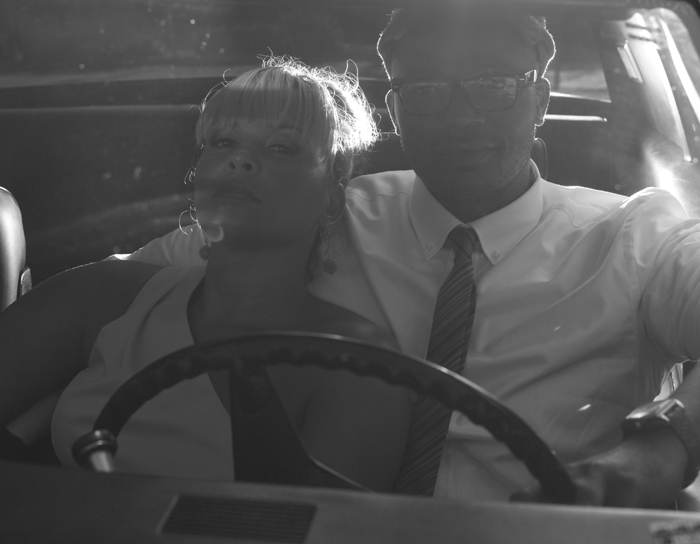 Then to end the session, we headed down to the Power and Light district for a few more shots and a little salsa dancing, which they are very good at by the way! 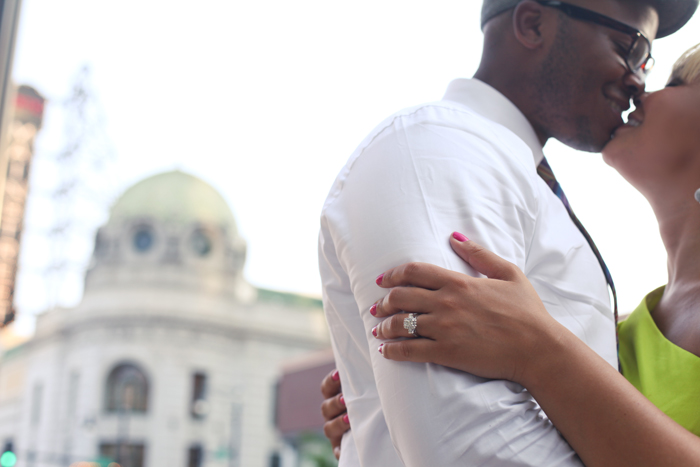 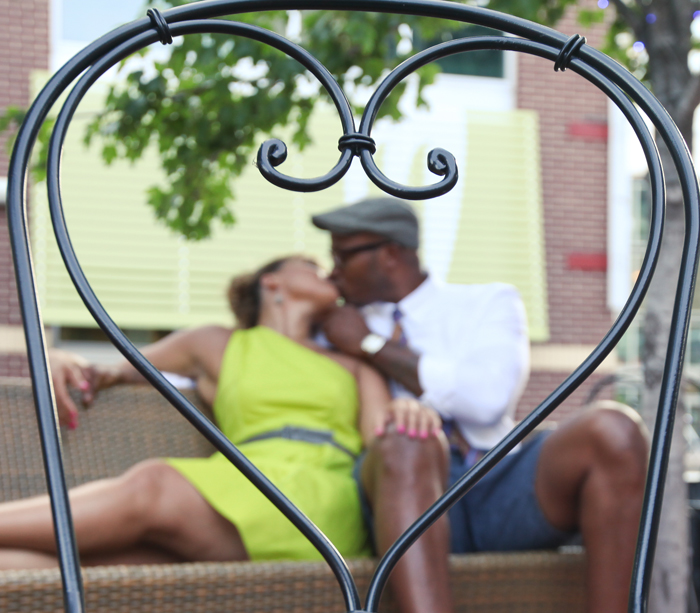 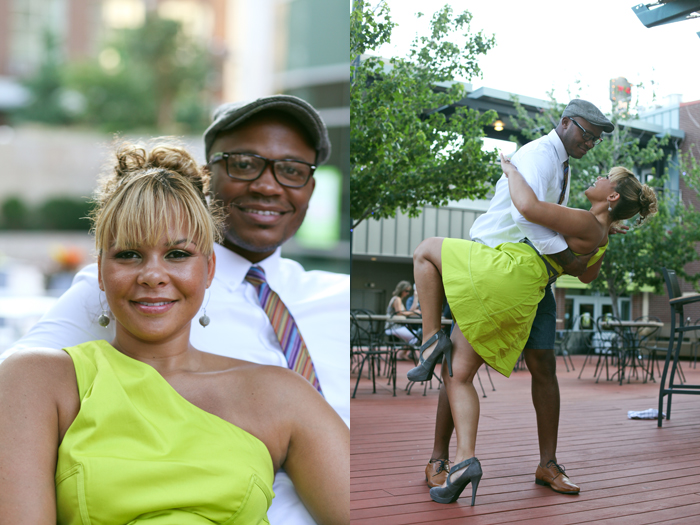 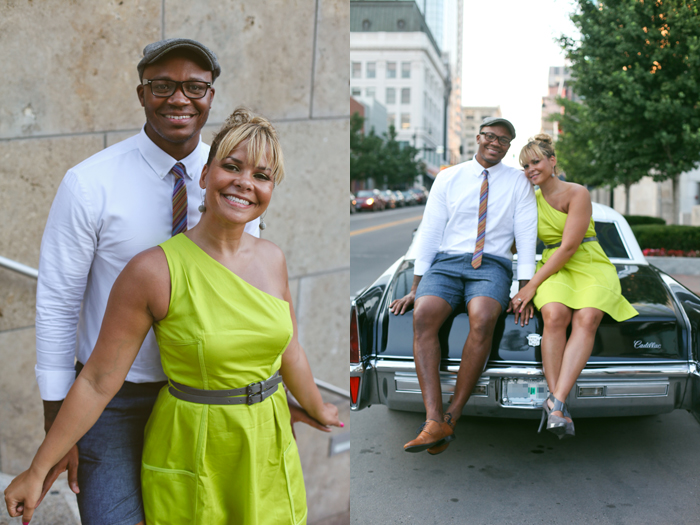 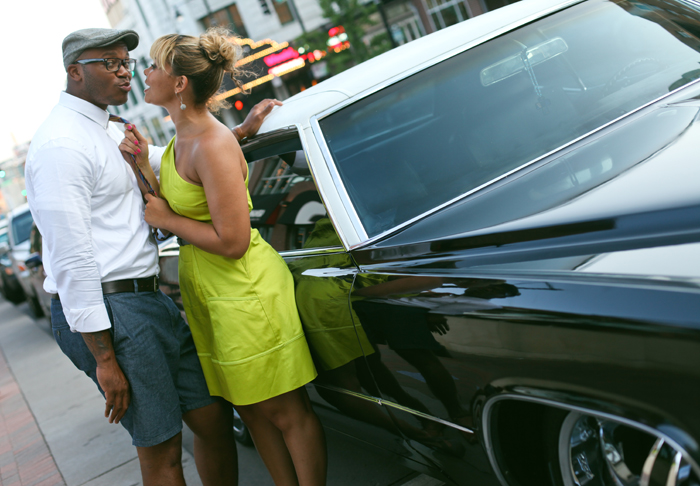