If you know me, you know that I am a sucker for a good proposal story. When Alanna told me about the way Brandon proposed, I swooned! Brandon, who met Alanna a few years ago while working with her, proposed this past in February.

The weekend following Valentine’s Day, Alanna’s family (her grandmother, brother, niece, and mother) all came to town to visit. Alanna found this to be odd because they never usually come visit at the same time. All that day, Alanna’s mother kept talking about how much she wanted to go the movies, so everyone went to the the theater to see Identity Theft. When the Identity Theft concluded, a subsequent video of Alanna and Brandon and Alanna’s family began playing on the screen. Right then, Brandon stood up and proposed. When the lights in the theater came on, Alanna looked up and saw more of her family and friends in the audience who got to see the whole proposal!

Being able to photograph Alanna and Brandon’s engagement session a couple of weeks ago was such a privilege! I remembered Alanna from my days at the University of Kansas and learned that Brandon and I went to the same high school (he was a rookie/8th grader when I was a senior). So based off of those two things alone, I KNEW they were gonna be awesome and they in fact were.:)

We started off our session in the West Bottoms in Kansas City, Missouri. 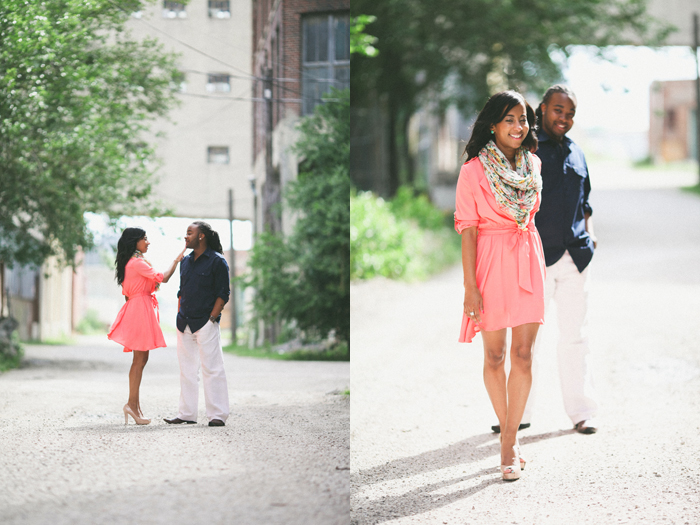 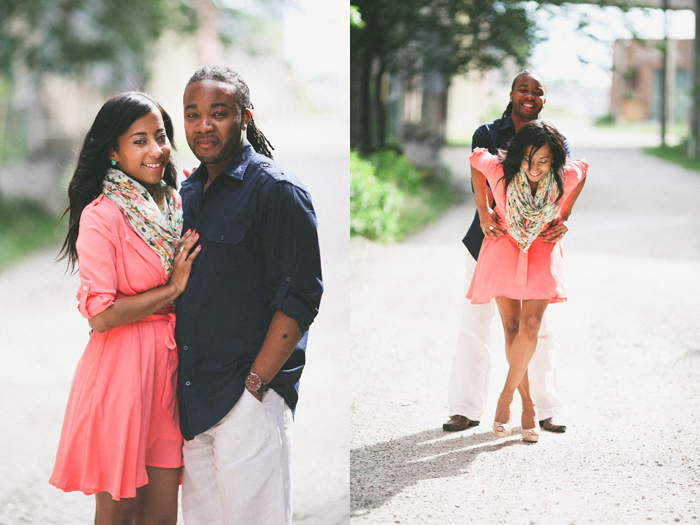 I think at this point I may have told them to imitate one another through a facial expression lol. 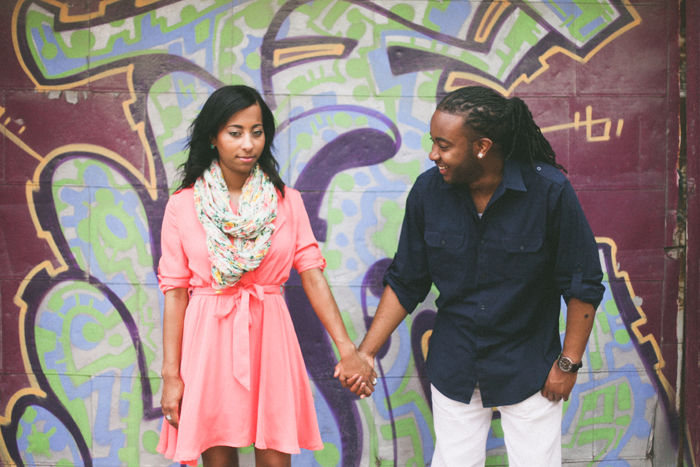 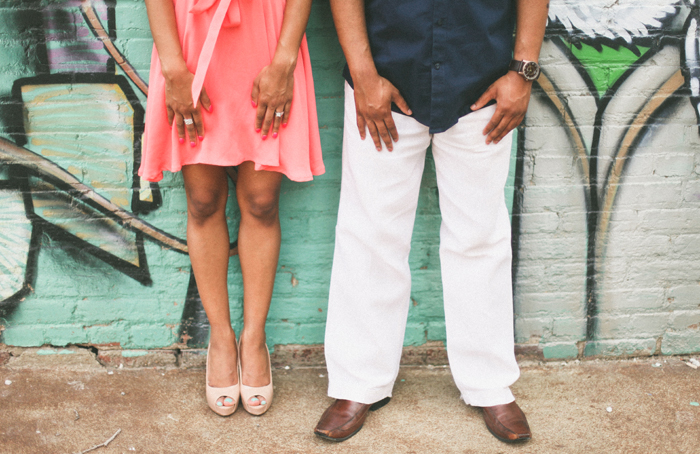 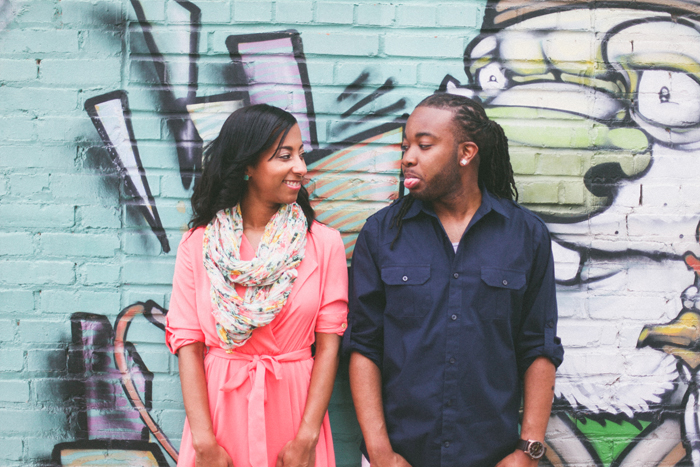 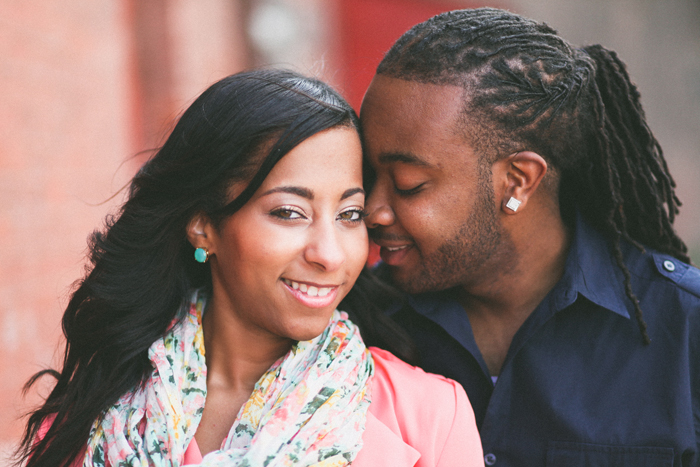 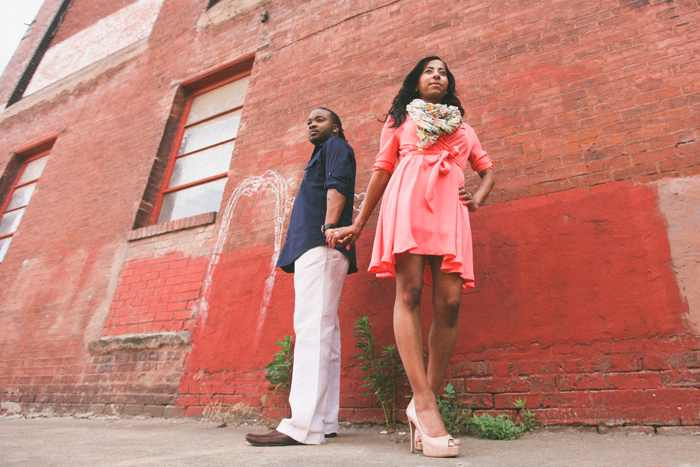 After finishing up in the Bottoms, we headed over to the area near the Kauffman Performing Arts Center. 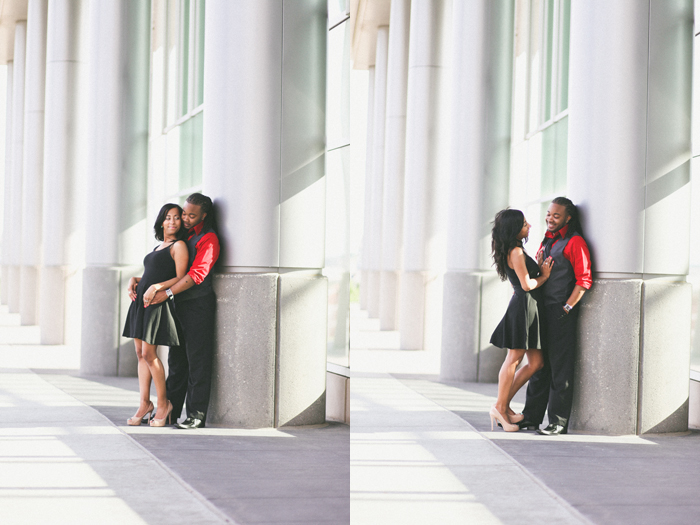 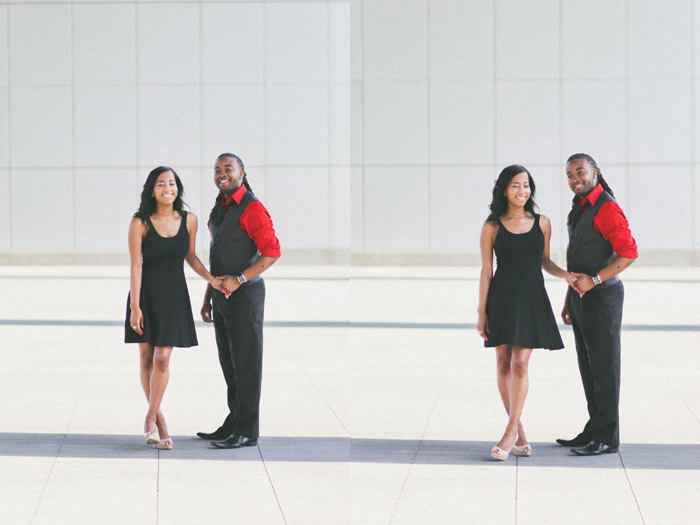 We stopped traffic! Actually, we really didn’t but I’m sure we would’ve if there was a lot of traffic going on in the area!:) 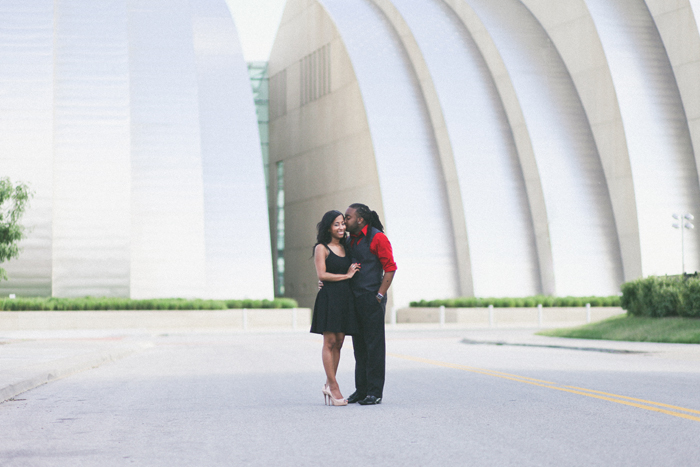 And to conclude the session, we ended in the Crossroads district. 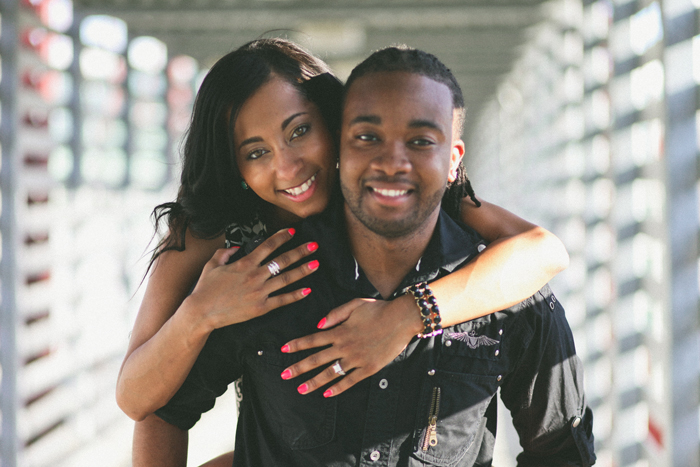 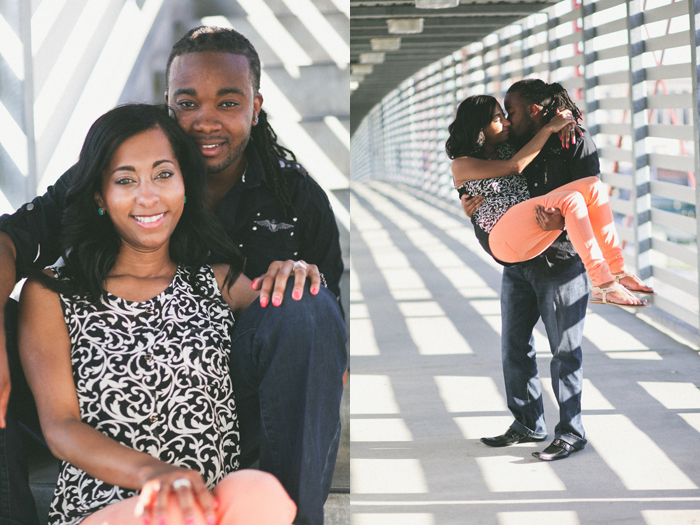 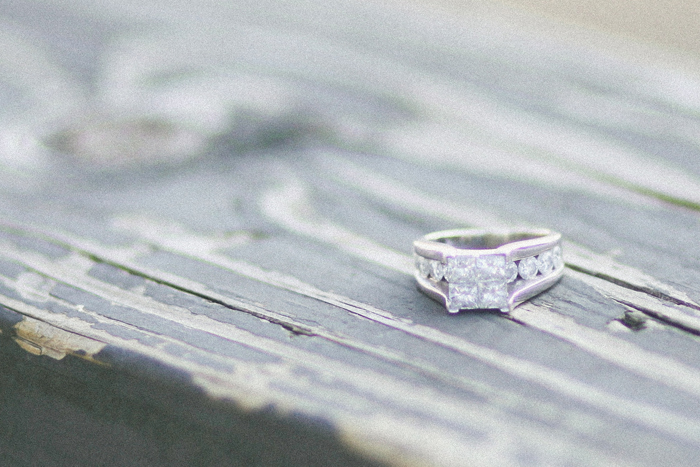 Congratulations on your engagement Brandon and Alanna! I’m so happy for the both of you! ?